Legally Speaking is a television show with a mission to deliver information about law through interviews with people about subjects that impact our lives.  This television show, filmed for Public/Education/Government television in partnership with the City of Sterling Heights, has been in production since the early 1990’s.  In 2019, Legally Speaking partnered with Lakeshore Legal Aid to continue its public service. The show is uniquely diverse in its topics;  from former United States Vice President Dick Cheney speaking on the war in Iraq, to Rosa Parks on Civil Rights, to interviews with local judges, and discussions with prominent attorneys on legal issues such as Criminal Sentencing, Medicaid, Student Discipline, Marijuana and more.  Past accolades include Emmy Awards from the Michigan Association of Broadcasters and the Philo Farnsworth Award of excellence in community programming.  The show continues with recent titles such as Macomb County Veteran’s Treatment Court, Alternative Dispute Resolution, Eviction Diversion, "To Strike at A King", the Story of the Fall of McCarthyism featuring author Michael Ranville and Hon. Kenneth Sanborn, The Federalist Papers, and interviews with U.S Congressman David Bonior, and the story of Women on the Michigan Supreme Court. 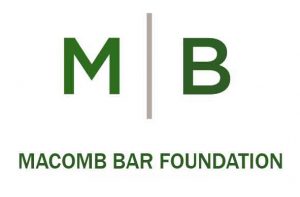